OFFICE HOURS by appointment only 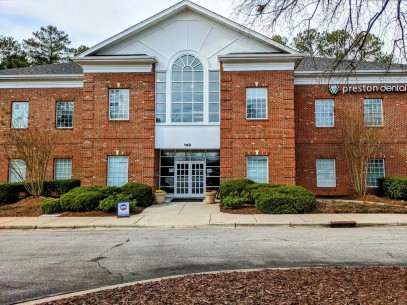 Look for Latella Chiropractic in Suite 220 on the second floor 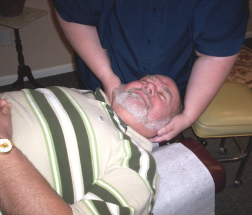 "What separates me from other chiropractors, is that prior to adjusting your spinal joints, I do work to the muscles of your back to relax them. This makes for a better overall experience and more effective treatment. I also provide a more personal experience, by allowing longer treatment times."

Great article about nutritional support for you body.

Part 1: Clinical Perspective With Lynn Lafferty, PharmD, ND, CNC
Please tell us a little about your background and your practice.

I am a doctor of pharmacy, naturopathic doctor, and certified nutritional counselor. I am co-director of the faculty wellness program, director of our herbal medicine certificate program (part of our nutrition master’s degree), and teach integrative medicine components such as herbal medicine principles at Nova Southeastern University (NSU) College of Osteopathic Medicine. I have an herbal medicine and functional nutrition consulting practice in the university pharmacy, which is part of the NSU College of Pharmacy. I had a practice working with supplements and functional nutrition for many years before going to work at the university full time.

When it comes to supporting the immune system, what is important for your patients?

Nutrition is extremely important. Eating a whole food, nutrient-dense diet with as few additives and processed foods as possible can provide the building blocks for a strong immune system. We think about common challenges to the outer structure of the immune system—the nose, throat, ears, and skin, which are important to protect. There is also the building of the internal immune system to account for periodic challenges.

Dr. Michael Gershon, of Columbia University and author of “The Second Brain,” highlighted that there is a strong connection between gut health and the immune system as well as gut health and the brain. Today, new information is being uncovered about the importance of the microbiome of the gut. The National Institutes of Health Common Fund Human Microbiome Project is collecting information from scientists about the microbiology of the gut, which is quite exciting. For more information, visit www.hmpdacc.org.

Laboratories with newer polymerase chain reaction technology can detect DNA even without the presence of the living organism. This has given us the ability to see microbes in the stool and thus better understand gut-immune system issues. Secretory immunoglobulin A (sigA) is another way we can see how the immune system is working at the mucosal barrier, and this sentinel function is very important. There is quite a bit of evidence that many immune system conditions may be caused in some way by bacteria in the gut. However, scientists and doctors have differing opinions on how the microbes may cause systemic immune system issues.

The biggest benefit to supporting the immune system with products made with whole food and other ingredients is that most people today are in a rush and may not eat as they should. We have also taken natural “good” bacteria out of food, and it is important to give those friendly bacteria back. Not only do those bacteria give immune support, they help make vitamins, rid the body of toxins, and make short-chain fatty acids, which are all important to the overall health of the body. Whole food-based products usually do not interfere with important medications that patients may need to use and are affordable for my patients.

I often wondered why Dr. Royal Lee put calcium lactate in his immune system products until I read an article from the February 14, 2013, issue of Science Daily titled “Calcium is initial trigger in our immune response to healing.” The article stated, “For the first time, scientists studying the cellular processes underlying the body’s response to healing have revealed how a flash of calcium is the very first step in repairing damaged tissue.”1

It was very exciting to read this as I am always in awe of what Dr. Lee knew 80 years ago.

Part 2: Research Perspective With Sara Arscott, PhD, CCRP
As the manager of clinical research, what is your role at Standard Process?

Can you tell us a little about your background before coming to Standard Process?

I earned my doctorate in nutrition sciences from the University of Wisconsin- Madison in 2009. My graduate research focused on the vitamin A efficacy of carotenoids from fruits and vegetables. Before I came to Standard Process, I worked as a researcher at the University of Wisconsin, where I investigated neonatal vitamin A efficacy in a swine model and also coordinated two large trials investigating bioavailability of provitamin A from food in preschool children in Zambia, Africa.

Standard Process makes available a research report titled “Epimune Complex Research: Effective and Comprehensive Support for the Immune System Function.” What was the basis of this study?

Epimune Complex is a dietary supplement that was formulated with research-supported ingredients that support specific aspects of immune system activity. A clinical study was designed to test the effects of Epimune Complex on the white blood cells of the immune system and also some select markers of immune activity. The study was an open-label pilot study of 25 healthy subjects ages 20-57.

This type of study does not have a placebo control group and does not lead to clinical recommendations but can help to identify interesting findings for future examination. The subjects consumed two capsules per day for 30 days and had blood drawn at baseline and the end of 30 days.

What were the results of the study on Epimune Complex?

The results of the study showed that after 30 days on Epimune Complex, there was a statistically nonsignificant 11.4 percent increase in salivary IgA, an antibody that acts as a sentinel for foreign matter. There were also nonsignificant increases in several other immune markers of the humoral and cellular immune system, suggesting that Epimune Complex works with the body’s natural immune-response system. The study also found a significant 26.4 percent increase in red-blood-cell zinc. This last finding suggests that the zinc from Epimune Complex is bioavailable to the body. Zinc deficiency in elderly patients is known to affect immune system function,1 however the effect of the zinc in Epimune Complex on the immune system in healthy zinc-replete individuals requires further investigation.

Was there anything you were surprised by?

A surprising finding was a statistically significant 36.9 percent increase in circulating leptin. Leptin is a peptide hormone long recognized for its participation in the regulation of metabolic processes, but recent evidence suggests it may also have a role in regulating the body’s natural inflammation response function.2 More research is necessary to understand the significance of this finding about leptin.

What components in Epimune Complex are important for immune system support?

Epimune Complex contains several ingredients thought to be important for immune system support, including EpiCor®, several mushroom ingredients (maitake and turkey tail powders and MaitakeGold 404®), calcium lactate, zinc rice chelate, and acerola. EpiCor is an ingredient produced from dried fermented baker’s yeast (Saccharomyces cerevisiae) that contains beta glucans from the yeast cell walls and metabolites from yeast. Beta glucans are known immunomodulators.3 Several mushroom species and components from mushrooms, such as the polysaccharide and glucan components, have demonstrated in vitro and in vivo immune-modulatory function.4 Calcium is involved in cell signaling, and zinc is essential in the functioning of over 100 different enzymes in the body and in cell communication. Lastly, acerola is a rich source of vitamin C, which serves several roles in the body important to immune system function through antioxidant activity.

Standard Process also has a research report titled “Studying the Effects of Congaplex® and Immuplex® on Immune System Response in White Blood Cells and T Cells.” Can you tell us a little about this study design?

This study tested the effects of Congaplex and Immuplex in two different cell-culture lines of immortalized T lymphocytes (white blood cells that defend the body) and also in cells called peripheral blood mononuclear cells (PBMCs), which are a mixture of white blood cells isolated from blood samples taken from 10 healthy human subjects ages 23 to 46. The cells of each of these models were treated with extracts of the supplements and then stimulated with a substance to provoke an immune system response. The immune activity of the cells was then determined by measuring the production of proteins that regulate immune system activity, called cytokines.

What were the results?

The results demonstrated that Congaplex and Immuplex had immunemodulating effects in these cell cultures. There were statistically significant changes in cytokine levels after treatment with Congaplex or Immuplex in the T cell cultures, however the supplements tended to have opposing effects. Immuplex generally inhibited cytokine levels, and Congaplex enhanced cytokine levels, suggesting that the two supplements may have different roles in supporting healthy immune activity. However, in the mix of white cells (PBMCs), the supplements tended to cause similar effects on interleukin 13 and interferon γ, two distinct cytokines with different functions. While these cell studies are very simplified and the effects in humans cannot be interpreted from them, the results do provide interesting information about Congaplex and Immuplex in the support of healthy immune function.

ProSynbiotic, which was released in 2010, contains a blend of four research-supported probiotic strains and two prebiotics to promote gut flora and overall intestinal health. Can you provide an overview of the research on the four strains?

While the strains in ProSynbiotic were chosen specifically for their research-supported effects, it is important to recognize evidence is still emerging about the mechanisms of action of probiotics and specific health consequences. Population of the gut, even temporarily, with the desired bacterial strains is one indicator that the microorganisms are viable.

Clinical research on Lactobacillus acidophilus (LA-5®) and Bifidobacterium lactis (BB-12®) strains in ProSynbiotic showed that during administration to the subjects there was an increase in both of these strains in the gastrointestinal (GI) tract, suggesting good availability of the bacteria to colonize the GI tract.5, 6, 7 Supplementation with these specific strains has also been shown in strain-specific studies to improve natural bowel transit time,8 relieve occasional constipation and diarrhea by restoring regular bowel movements, and improve intestinal conditions.9 Both the BB-12 and the Lactobacillus paracasei (L. casei 431®) have been shown in strain-specific studies to modulate immune function, as measured by systemic and mucosal immune markers.10 Most recently, in a study of 1,104 healthy subjects ages 18 to 60, L. casei 431 shortened the duration of upper respiratory symptoms by three days, from eight to five.11

All of these studies are strain specific and in amounts that may differ from the amounts in ProSynbiotic. Whether these same effects would be achieved in the use of ProSynbiotic has not been demonstrated.

How do these ingredients support the immune system?

There are currently three proposed mechanisms for the contribution of probiotic bacteria to human health.12

The second proposed mechanism is enhancement of the surface lining, or epithelial barrier, of the intestine. Metabolites produced from probiotics, such as short-chain fatty acids, provide nutrition to the cells of the colon. This can help to “normalize” intestinal permeability and is important, since this mucosal surface of the intestine is the first barrier against entry of pathogens.

The third proposed mechanism is modulation of the immune system. The gut is home to an immune system that gets a first “taste” at potential challengers coming through the GI tract. Probiotic strains can influence this immune system through different signals, cell types, and receptors in the gut tissue.13 Some strains can bind to specific receptors, initiating a complex signaling cascade that can stimulate release of selected cytokines, proteins involved in modulating immune balance. Probiotics have also been shown to affect immunoglobulin production, antibody response, and other cellular immune responses. 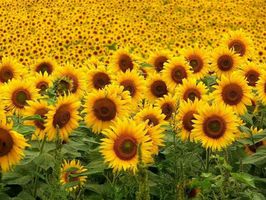